Ms Weinberger grew up on Long Island in Uniondale with two brothers and two sisters. She was a Girl Scout until the age of 18, where she learned and honed her public service skills and became a lifelong Democrat, by becoming involved in the political process before she could vote, passing out literature for Eugene McCarthy for the 1968 Democratic primary.

She received a bachelor of science degree in Art Education from State University College of NY at Buffalo and a masters degree in Educational Technology from Long Island University, NY.

Margaret worked for Blue Cross/Blue Shield of AZ as a computer programmer during the 1980’s and later as an educator teaching or supervising educational technology in school districts in NY and NJ before semi-retiring.

She is currently married, with two married stepsons and 4 grandchildren.

Margaret has held public office as a replacement for a Somerville councilwoman who passed away while in office, served on the Jessamine Smith Henderson Scholarship Board, and has created various fundraising and social activities. She is also an original member of S.A.F.E. (Somerville Alliance for Food Education), the Somerville Farmer’s Market Committee.

She was President of the Somerset County Federation of Democratic Women from 2013-2020.

Margaret believes we are all connected in this temporary existence where we must do everything we can to leave the world a better place for future generations. Ms Green and her husband have been residents of Deptford Township for over 40 years. Rachel is the mother of two fabulous children, Alexandra and Alston.

Rachel holds a bachelor's degree in Business Management, a master's degree in Public Administration and is currently pursuing her doctoral degree in Organizational Leadership.

Rachel served as a member of Gloucester County Board of Chosen Freeholder's Tolerance Project and Parks and Recreation Committee, on the Deptford Township Planning Board, and on the district's School Board from 2008-2014, including a term as the first Black BOE President from 2017-2018.

Her other service roles include: Ms Hunter was born in Montclair, NJ and moved to Orange to start a new foundation for her family in 2008. From 2015-2020, she worked at the Township of Orange in the finance department. She attended Bloomfield College, Lincoln University and is now pursuing a Law Degree at California School of Law.

Shawn has over thirty years’ experience in finance and is the founder of HBS Asset Company Enterprise, a mid-size elite business office, providing financial assistance in personal and business tax preparation, bookkeeping, and payroll.

In May 2020, Shawn ran for Mayor of Orange. Her goals as Mayor were to stabilize property taxes, support education and the Board of Education, and decrease foreclosures within the City of Orange. Unfortunately, Ms Hunter lost the race, but she continues to work in the community for a better tomorrow.

In addition to her career, Shawn enjoys volunteering her time to different community boards. She is presently serving as a Vice Chair on the Orange Democratic Committee and in the past was involved in the Orange Public Library, the East Orange Education Foundation, Fan-Pac, the Giblin Association, and assisted with feeding the less fortunate families on Thanksgiving’s day at the Township of Orange Firehouse. Currently on Commission Reentry Services for Women Committee.

In the past years her exceptional services in the community earned awards:

Shawn is a proud mother of three daughters, two grandkids, and a guardian of her four nephews. 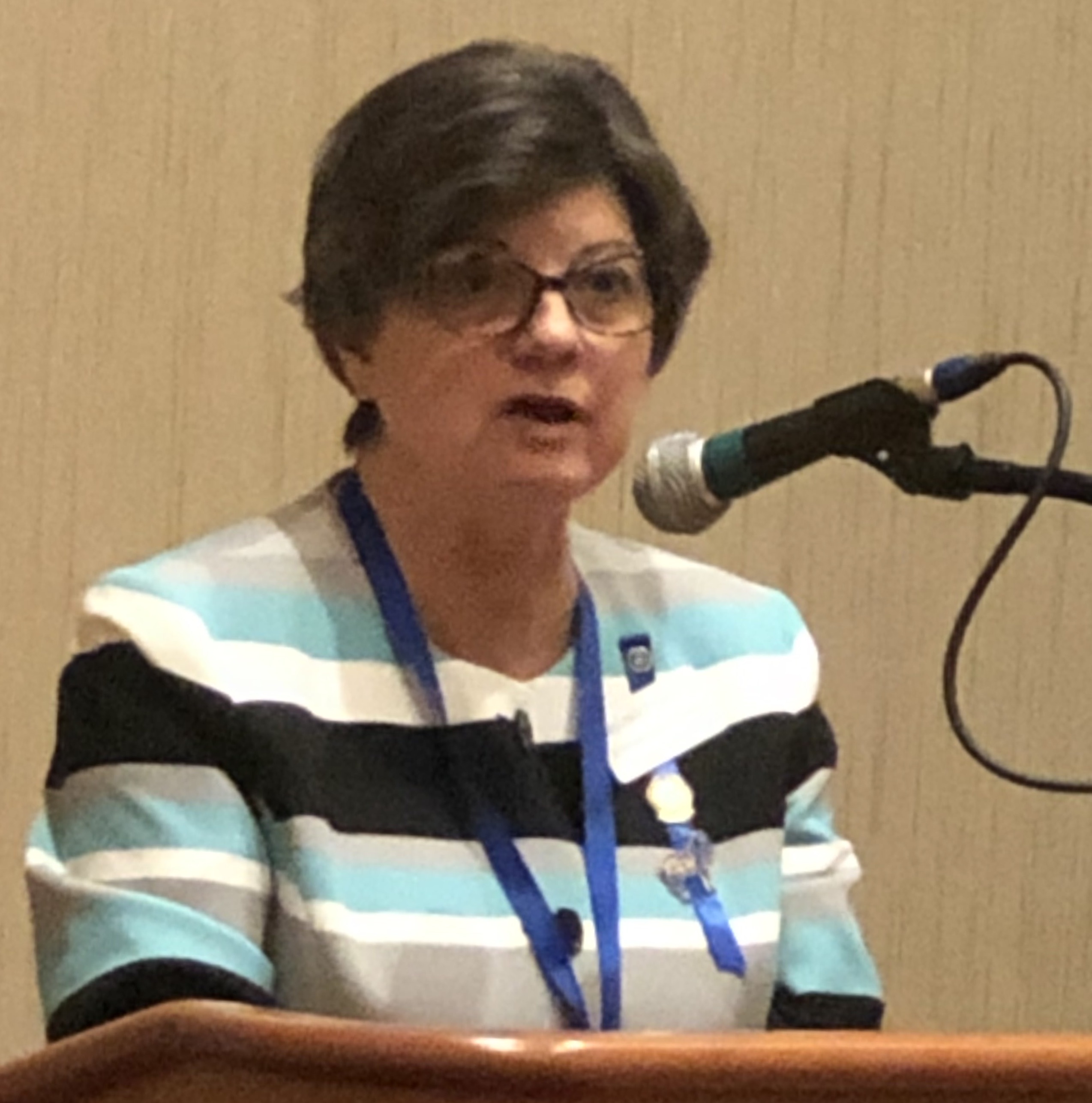 Prior moving to Camden County in 2017, Ms Mastro actively participated as an officer in Cape May County Federation of Democratic Women (2004-2016), and member of Upper Township Democratic Club and Ocean City Democratic Club. She served on the Cape May County Regular Democratic County Committee (2010-2017), and as a poll worker for Cape May County Board of Elections (2008-2017). She was a founding member of CMCFDW Party for the Party Committee raising funds to support County Freeholder candidates. She is also a member of South Jersey Women for Progressive Change, Action Together NJ, and Maria’s Women United. Ms Vason is a long-time member of NJFDW, serving 16 years as Treasurer before being elected as President for the 2017-2019 term.

Sylvia lives in Newark with her husband, Orlando Vason; together they have two children and five grandchildren. Marge retired from a 28 year government career having held positions in local, county and state government.  As such she worked as the deputy county administrator in Camden County, as the director of engineering in Cherry Hill, her home town, and was the Executive Director of the NJ Housing and Mortgage Finance Agency where she was responsible for overseeing the financing of thousands of units of affordable housing throughout New Jersey. She now is a Senior Director of a consulting engineering, architecture and environmental science firm located in Cherry Hill.

Marge and many other active membership of the NJFDW worked together in 2014 and 2015 to organize, manage and ensure a successful National Convention in New Jersey after the untimely and sudden passing of the NJ Federation President.  Together the NJ women oversaw and orchestrated a successful convention and came out of the event stronger, proud of themselves and the State of New Jersey's Democratic Women and more united.

She was pleased to succeed the office to the capable hands of the current NJFDW Executive Board. Chief of Staff for State Sen. Barbara Buono, having worked for her as Chief of Staff when Buono was an Assemblywoman, along with former Assemblyman Peter Barnes,  Jr.

Past President of Info Line of Central Jersey

In conjunction with the National “Women in Blue” event, 2016 “March Women History Month”,  NJFDW Past-President Marge DellaVecchia and I co-chaired first time “Meet & Greet” inviting all Democratic NJ State Legislators along with Women from across the State to a luncheon at the state house promoting Women’s issue and getting to know us as a Federation. Very successful.

With my assistance Assemblywoman Nancy Pinkin presented Rutgers Medical School Women’s Health Institute a Joint Senate and Assembly Resolution honoring the many great women Doctors that are constantly studying and researching issues that will help us live a better and longer life.  “ It’s all about engaging women helping other women making a difference. “

I organized a meeting along with Rutgers Doctors and Staff  to visit the State House and meet with  Senator Joe Vitale, Health Chairman to discuss women’s issues.  We successfully have a bill now law, “Maternal Health Awareness Day” Jan. 23rd